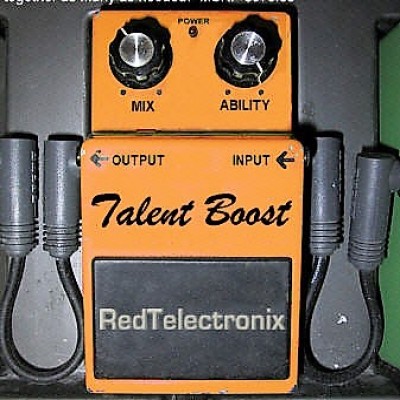 Playing music since the age of 12. Originally from the Chicago area and played in numerous bands there professionally throughout the years. Favorite was a Thin Lizzy tribute band I was in called Blue Orphan which also had a full 4 sets worth of blues material under our belts along with the entire Thin Lizzy discography.

Currently working on an instrumental rock/blues project called Fused In Blue (http://www.FusedInBlue.com) and looking forward to getting those songs out to folks soon!

Sonar Platinum, Korg Kross keyboard, I have a LOT of VST Amps by LePou plugins but generally speaking I run the guitar straight into the DAW from a Digitech RP500.

I have a little Blackstar amp that I rarely use for recording. When I do, I mic it up with a Shure SM57.

Danalyze45 is being followed by:

wikiloops online jamsessions are brought to you with friendly support by:
KellsBells from United States