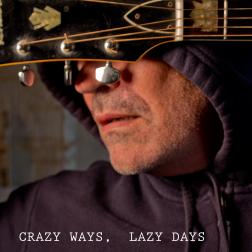 About this album:
a collection of quirky tunes by the wlGang....Great guys & gals, you know.....Title of album comes from a song by a great british band of quirkness/and talent-10cc

Included are some newcomers(Johnny Come-latelys)Dadinator(check out his album--cool vocals), pconey(Island of Britania), MikeBanez(well not truly a newcomer), WhiteDrum55, HeidiMarie and Apsummerlin.....not to mention the stalwarts of the realm we call wikiloops all the way back to some original players here Peter V and Piper and Mortheol and AKchen and Bothen!(or at least way before my time).

THANKS FOR THE SUPPORTERS WHO HELP KEEP THIS SITE FUNCTIONING. Also Thanks for Collaborating and helping in making some cool and different music. Also thanks for adding to songs when you think they don't need adds YOU NEVER Know, you may be the special ingredient!

you are so versatile and funny, great choice of songs. loving it and the whole gang is here.

A great collection of music

Top tunes from the man himself, fabulous playing, quality musicianship but also fun, and a bit of humour thrown in too. Magic!

By that i mean no disrespect! Only that you bring both to the table!

These very fine musicians thrive with the wonderful creativity of Jim's originals, collaborations and Excellent mixing!

Man! what happened with your beard?? Nice music!!!

as composed by one hand

Gemmy always surprises with great ideas and music. so I like to listen to him so much. I wonder how uniform this album sound. Big compliment!

By that i mean no disrespect! Only that you bring both to the table!

A great collection of music

Top tunes from the man himself, fabulous playing, quality musicianship but also fun, and a bit of humour thrown in too. Magic!
wikiloops online jamsessions are brought to you with friendly support by:
AndersAxel from Denmark

"I have been thinking about an online jam/recording/networking platform for years, and all of a sudden wikiloops shows up in my google search. Thanks!"