The spirit of collaboration on wikiloops

Playing music for the fun of it

wikiloops is the place to find motivation and inspiration, no matter if you are the most advanced player or just happen to be the best musician in your living-room.
We are interested in your unique sound and style and encourage a diversity of approaches in making music which is why we deliberately avoid competition on wikiloops.

Musicians from more than 160 countries have contributed tracks to wikiloops, and listening to collaborations involving participants from the most diverse corners of the world makes us very happy.
Music is the universal language "spoken" on wikiloops, and we feel that all seemingly unbridgeable conflicts and differences between people of different religions, cultures and nationalities
seem to vanish after people start playing music together.
To avoid cultural misunderstandings, mistranslation and prevent opinions presented as the ultimate truth from spoiling the experience;
we operate wikiloops as a moderated place and have clear community guidelines on the kind of language and behaviour that is appropriate on our international grounds. 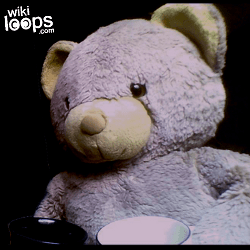 wikiloops not only offers musical collaborations between its members - the operation of wikiloops, and its customization to meet the needs of home recording musicians, is another way members can successfully collaborate as well.
Since starting in 2011, priceless volunteer hours have improved wikiloops and a great example has been its translation from German into six other languages, so more people are able to join in the jam.
If you'd like to help us make wikiloops better (musical wizardry is not a requirement) then please have a look at the current projects and challenges as they are announced via the developers blog and the feedback forum.
We take pride in shunning behind-the-scenes dealings like selling your data, and do not leave our members in the dark about how we operate and fund wikiloops.
If you'd like to read the reports on how wikiloops operates as a collaboration you can find them in the Forum. It's all out there - from the very beginning in 2011 to the latest annual transparency report.