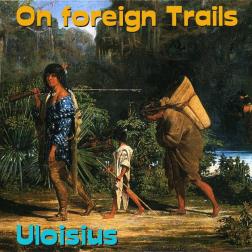 About this album:
This album contains a selection of songs in English.

Many thanks to the following Wikiloopers without which it would not give this album:

It was nice to make music with you ;o)

Lyrics with depth and this matching velvety voice are the main constituent of this wonderful album, a pleasure to hear it!

Music is in his veins

O yeah, that's a man who has not only blood in his veins!! He love to sing a lot of styles, and this you can listen on every fabulous song here! It's an excellent selection! Have fun with it!!

That man from Germany

Be careful : true music inside

"Babe come Home" is a killer song and the 13 others too :)
So Proud to play by your side on some

This guy is awesome

Chameleon Uloisius ! you can do so many styles.
And I like you so much mon ami
Proud to be in this opus
wikiloops online jamsessions are brought to you with friendly support by:
tron12 from Ireland

"When I first seen this site I just could not believe the things you could do with other musicians, gone from strength to strength and its all dong to everyone as great musicians, long may it continue. "