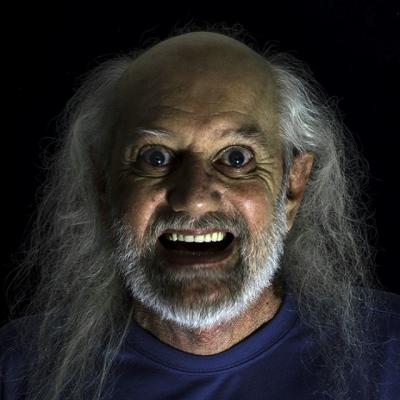 I was born into a family of music. My father was a professional bass player when I was born. At the age of 9 my father bought a used German made violin from the 1850's and signed me up for private lesions. I continued with violin for 4 years and then switched to cello for a couple of years. When I was 10 I asked my father for a guitar and he brought home a 1954 Martin 0-18 acoustic which I still have and play almost daily. I started playing bass around 1972. My father owned a 1962 Fender jazz bass and a Kustom 100 amplifier, so it was an easy transition for me. Of course I wanted to be the next great guitar player, but there were too many guitarists and not enough bass players so that helped with my decision to switch.
I've played in many bands over the years both as a guitar and bass player. In the 1980's I started to accumulate PA gear and soon had a full FOH system that could handle almost any local venue. During the 90's I was privileged to be a part of a great band that opened concerts for Charlie Daniels and later for Billy Ray Cyrus (Miley was just a baby when I first met her.). I also worked sound for many top artists at various venues in the area.
I've played almost every genre of music over the years from classical to country to classic rock. My favorite bands include Rush, ZZ Top, Stevie Ray, Aerosmith, Styx, Journey, Bella Fleck, and too many other to keep listing them...

I pretty much gave up playing the violin too many years ago to count although I still have it. I play my 54 Martin 0-18 acoustic a lot. I recently bought an Ibanez GSA60 electric guitar from a local pawn shop for $75.00. I just bought an Ibanez Soundgear SR 400 FL fretless bass from another pawn shop for $150.00. I have a small Acoustic guitar amp and an old Dean Markley that I never use. In 1989 I bought a Fender Power Jazz Special that I used mostly until 2002 when I was forced, for economic reasons, to sell all of my amps, cabinets and PA gear. I even had to sell my father’s 62 Fender Jazz bass (That one hurt allot and still does...). Oh and I have an M-Audio Prokeys 88 keyboard.

My current recording setup is a Presonus Audiobox USB with Studio One 3 software. A pair of Mackie MR5 mk3 studio monitors and a set of Sennheiser studio headphones.

BooDoggie is being followed by:

wikiloops online jamsessions are brought to you with friendly support by:
reneaduan from Brasil