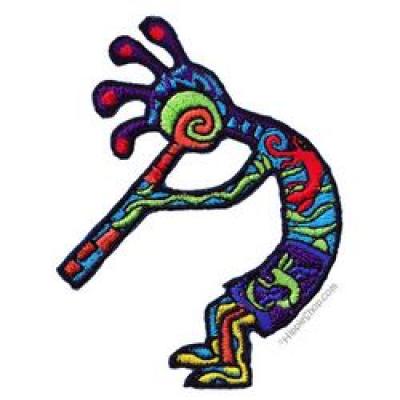 Hi, my name is Chris, From the St Louis Missouri area. First of all, I have been learning to play actual music on these homemade instruments for a relatively short time, I have come to join Wikiloops with hopes of learning to play better by playing with others. I only play flutes which I have handcrafted, I feel a strong connection with my own creations. My interest in building native style flutes began two years ago after purchasing a flute on ebay. I only purchased it as a curiosity, I like native things, I hunt for indian relics in the fields, I like some native American flute music etc. Anyway... It was a good flute to be sure although I did not know it at that time. I had no idea of how to play it. Liking a challenge, I decided to attempt building a better one? I had the perfect walnut wood from a fallen tree, one that was planted in memory of my bother David's Life. The tree was blown down by a storm after 30 years of growth. I almost gave up on the idea of trying to make my own flute and prepared to send the wood to a known flute maker. I, Thankfully, chose otherwise. The Challenge was on !I had no idea of what I was doing except by referring to online data. after much toil I rendered my first flute. and it was better in many aspects. I could play it better. From then on I have been eager to build more and better flutes.

Home made 6 hole native American style wooden flutes. Made from Forest scatter, fallen trees & reclaimed barn timber. I have made 16 flutes to date.

HiFiFlutes is being followed by:

wikiloops online jamsessions are brought to you with friendly support by:
Ragaberto from United States

"What an incredibly useful, well-conceived, well-executed, fun and inspiring site! BRAVO to the creators & all who participate. Let's keep this up!"